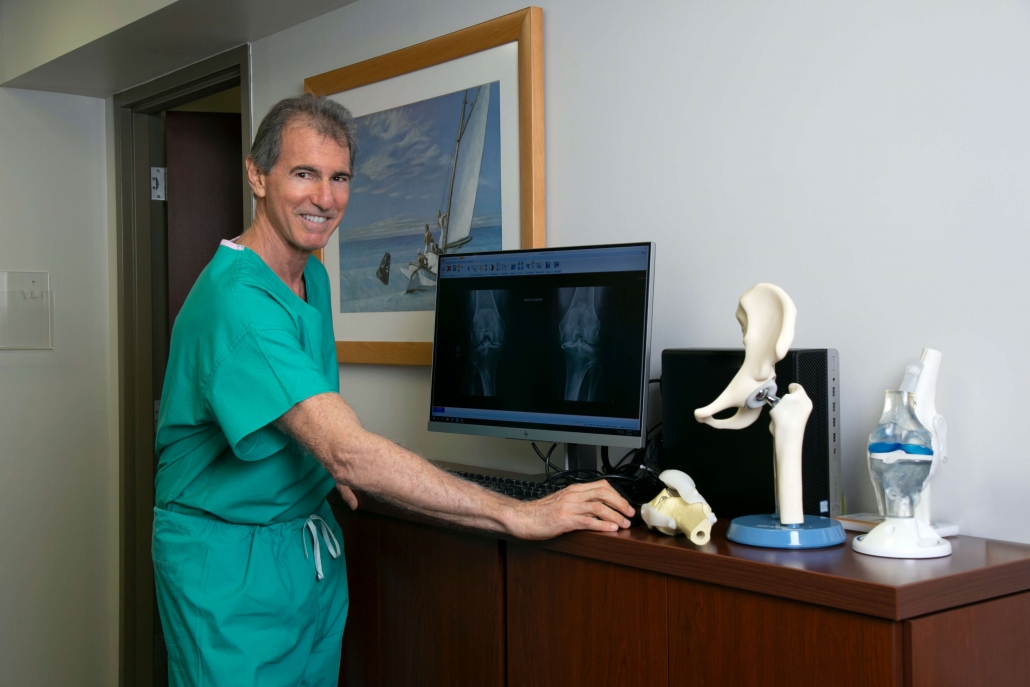 Total or partial knee replacement procedures are remarkably powerful and predictable surgeries which can relieve pain, correct knee deformities and allow patients to again become active and independent. Knee replacement is considered one of the most important and popular surgeries developed in the last century and helps countless people. Indeed, there is an epidemic of people now requesting and undergoing knee replacements and this trend is projected to sky rocket over the next several decades.  While the vast majority of patients do well after these surgeries, some patients do not, despite everyone’s best effort including their surgeon, therapist, and themselves.

In past blogs, I described the conditions that need to occur for an optimal result after partial or total knee replacement. These include correcting any angular deformity (knock kneed or bow-legged) so weight bearing forces will be distributed more evenly between the inside and outside of the knee.  Balancing the soft tissue sleeve that supports the knee and helps guide the knee through its normal complex movement. The most perfect results after partial or total knee replacement are when the patient’s natural knee movement is precisely recreated after their surgery. And it’s critical that the components implanted match that patient’s own anatomy and are fixed rigidly to their skeleton. Not too big, not too small, and not loose at their attachment to bone.

I’ve also previously written about how to figure out what might have gone wrong when someone does not do well after knee replacement surgery. I see a lot of folks searching online asking the question: “what symptoms are associated with a wrong size knee replacement.” I thought I would address this question specifically.

If the components which are implanted are too big, too small, not optimally positioned or not stable against a patient’s own skeleton (loose), then pain and compromised function and motion can result.  The components that make up a total knee or partial knee dimensionally need to closely match the part of the bone that is being replaced. During both total knee and partial knee, we replace the end of the femur bone with a component that must match the natural femur’s boney dimensions before significant arthritis or deformity develops. If the replaced femoral component is too large, the outer edges hang over the femur and irritate tissue. If the implanted femoral component is larger than the patient’s natural femur, it can result in the patient struggling to regain acceptable flexion and complain of “tightness” when they try to bend their knee.  Sometimes this is referred to as “over stuffing.”

Recognize there are also other reasons why a patient after knee replacement might not be able to achieve satisfactory knee flexion despite their great effort. This includes a mismatch between flexion and extension gap with the flexion gap too tight. The goal is for the distance between the tibia and femur in extension to equal the distance at 90º of flexion. Some total knees retain the PCL (posterior cruciate ligament) and if it is too tight, flexion is inhibited. Many times bone spurs or osteophytes develop behind the femur and tibia in an arthritic knee. If these bone spurs are not removed, they can block flexion. If the femoral component is under sized, it often results in a loose flexion gap. Patients complain that their knee doesn’t feel stable, especially walking down steps or a curb and is often associated with pain.

One of the guiding principles when replacing a knee is that the thickness of bone removed must be replaced with the correct thickness using prosthetic components. If too little bone is removed prior to implanting the components, an “overstuffed” condition can occur result in the knee feeling tight and the patients struggling to regain motion. If too little femur is moved, patients may experience difficulty fully extending their knee (making their knee straight). If too little tibia is resected, patients may struggle with regaining full extension and flexion. The tibial component selected must again not extend past the borders of the tibial or it can irritate tissue. If too small a tibial component is implanted and does not rest on the hard peripheral bone of the tibia, then there is an increased chance that the tibial tray will not remain stable and will subside. This can result in pain (the component is loose and moves when loaded) and loss of correction of limb alignment.

Even optimal sizing of the patella (knee cap) component is critical. The patella component is a plastic dome with pegs that is cemented into the bone of the patella. The goal again is to “put in what you take out.” The surface of the patella that touches the femur is resected. I use calipers to precisely measure the patella’s thickness before and then again after resection. When too little patella bone is resected, the total thickness of the reconstructed patella is increased and can result in abnormally high forces created between the patella and the femur when the knee is flexed. Patients often complain of anterior (front) knee pain, tightness and have limited flexion. Oversizing the patella button (implanting one that is too big) can irritate surrounding tissue while under sizing (implanting a patella button that is too small) can potentially allow the peripheral bone of the patella to rub against the femoral component during motion and cause pain. Other reasons for anterior knee pain and a patient feeling like their knee is not stable is the patella not tracking centrally down the front groove of the femoral component called the trochlea. Because very little tissue typically exists between the skin and underlying patella, occasionally an injury to a superficial skin nerve can occur leading to neuroma and cause pain.

I recognize that when people go on line and search ‘symptoms of wrong size knee replacements”, they are looking for answers. If you’ve have a knee replacement, either partial or total and you’re not doing well, then there is a local and systematic way to thoroughly investigate.

Check out Dr. Leone’s Video Library to watch videos that pertain to your specific questions, or check out the grateful Patient Testimonials.

Why Hip or Knee replacement may benefit your marriage